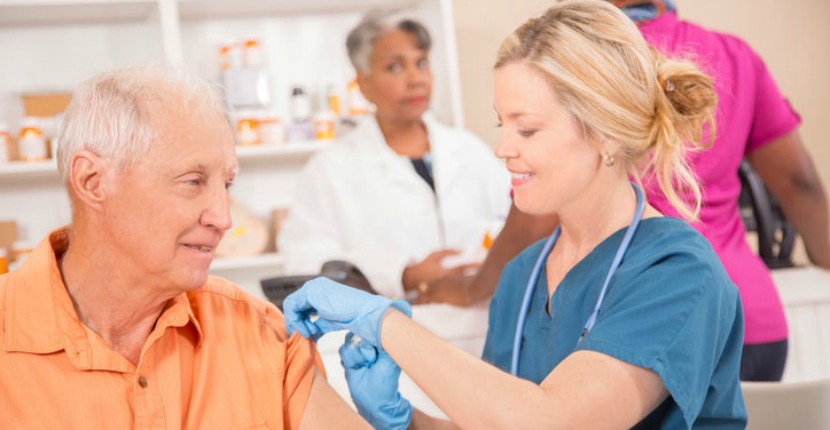 What Seniors Should Know About the Flu - Freedom Home Care

What Seniors Should Know About the Flu

According to Dr. Tom Frieden, director of the U.S. Centers for Disease Control and Prevention (CDC), the flu often doesn’t get taken as seriously as it should.
In fact, the number of people between the ages of 50 and 64 and 65 and older who were vaccinated during the 2015-2016 flu season decreased by 3 percent.
Seniors, infants and women who are pregnant are at greater risk for developing the virus than other groups. The CDC reports that 71 to 85 percent of seasonal flu-related deaths occur in those 65 and older – that same group also makes up about 54-70 percent of seasonal flu-related hospitalizations.
Once contracted, older loved ones can suffer serious complications because of weakened immune defenses – pneumonia and bronchitis are some of the more serious conditions brought on by the virus. In some cases where the body is not able to fight off infection, the consequences can be fatal.
October is usually the beginning of flu season and each year and vaccines are updated to keep up with changing viruses. Doctors recommend flu shots for everyone 6 months and older.
Because of those changes, experts advise yearly vaccination to provide the best possible defense against seasonal viruses. The CDC says seniors should get age-appropriate flu shots that include cell-based, recombinant and flu shots made using traditional egg-based manufacturing processes.
Elderly loved ones are generally given high dosed vaccines with 4 times the amount of antigen as a regular flu shot. After administered the stronger dose, studies showed 24 percent fewer flu infections in older patients.
Seniors may also receive Fluad, an adjuvanted flu vaccine which was tested to be 63 percent more effective than the regular dose.
A few other tips from Freedom Home Care about vaccinations:

Get Flu Shots as Early as Possible

Immunity from the vaccinations generally start begins about two weeks from the time the shots are given, so it’s best to do it as early as possible.

Make the Choice to be Immunized

Before deciding whether to get a flu shot, remember influenza vaccinations can reduce your chances of getting the virus by half, says Frieden. It is also the first line of defense against widespread illness.
Influenza is contagious and whether your loved one is in a nursing home, where the virus easily spreads among residents, or are receiving in home care or elderly services, a flu shot might just save their life.

5 Ways to Entertain Your Senior Loved One