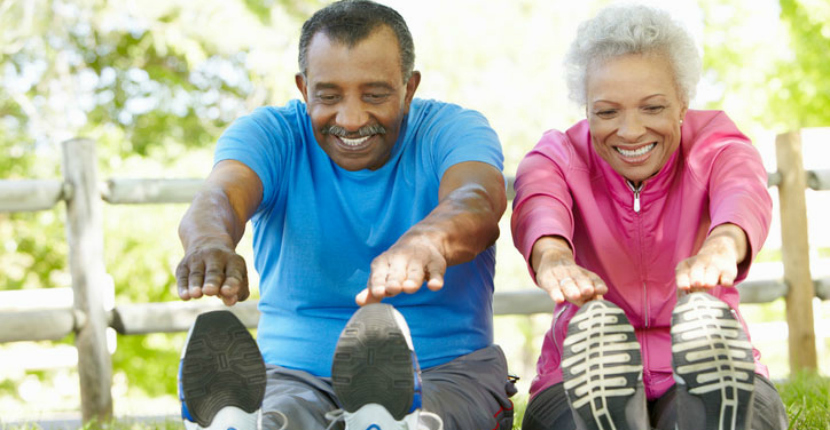 August 10, 2018 12:50 pm Comments Off on 55 to 70 Year Old Women and Men With Prediabetes Get Stronger Bones With Football Training

Engaging in a friendly game of football at the age of 60 or 70 years old would be unthinkable to most. But when a group of seniors, ages 55 to 70, underwent 16 weeks of football training – combined with a healthy diet, they reportedly experienced a noticeable increase in heart and bone health.
In a study conducted by researchers at the University of Denmark and the University of Faroe Islands, “untrained middle-aged and elderly people with prediabetes” showed results of increased protein hormone and bone serum levels by 23 percent in the femoral neck and 52 percent in the femoral shaft. The femoral neck connects the femoral shaft – known as the femur – to the head (the area that fits into the thigh bone).
Before the study, each of the participants suffered from poor bone health, poor metabolic fitness, poor aerobic fitness and prediabetes. More specifically, 73 percent of seniors in the test group had been previously diagnosed with femoral osteopenia, while 24 percent were diagnosed with femoral osteoporosis.
The test group took part in football training which consisted of a complete warm up, games on small pitches and ball drills in pairs. According to researchers having seniors over the age of 60 participate in a game of football is a new concept but has proven to be highly effective in patients with poor bone health. “Football is a multipurpose sport that combines strength, endurance and high-intensity interval training, and this makes it a good tool for the prevention and treatment of type 2 diabetes and other lifestyle diseases,” said University of Southern Denmark professor, Peter Krustrup.
In another study, results published in the Scandinavian Journal of Medicine and Science indicated that men between the ages of 63-78 who played football long-term, had better bone density, postural strength and cardiovascular health. This same group also reported experiencing a greater sense of social belonging, a better psychological state and less worry.
Of course, there is always a risk of injury at this age. In the first study, participants were exposed to a much less strenuous version of the game. That’s where football training came in. Researchers said the seniors never sustained injury to the joints, bones or muscles. In the second example, the test group was limited to playing a game with three periods, along with a smaller pitch and goal.
Although playing football in the golden years isn’t the most conventional method of protecting against diabetes and broken bones, it may well be one of the most fun and entertaining ways to improve the health of seniors.