How the health care industry will be affected by the sequester

February 28, 2013 | Comments Off on How the health care industry will be affected by the sequester

Whether it be through reductions to defense or governmental staffing, tomorrow marks the day that the sequester cuts go into effect. It is yet again an issue that has Americans – and especially retirees – quite anxious. Sources say that Medicare won’t be directly affected, however, the trickle-down affect may cause rumbles to the system. According to an article published by U.S. News, there are three key areas that are cause for health care concern: 1. Hospitals: Decreases in Medicare reimbursement for hospitals and skilled nursing facilities are set to total nearly $4.5 billion, or about $1.3 million for the
Read More

Helpful advice from the CDC on stroke prevention

October 18, 2012 | Comments Off on Helpful advice from the CDC on stroke prevention

According to the U.S. Center for Disease Control, strokes are a leading cause of death in the United States. Approximately 130,000 Americans die each year because of strokes, which accounts for 1 of every 18 deaths. The CDC goes on to explain that “every year, more than 795,000 people in the United States have a stroke. About 610,000 of these are first or new strokes. One in four are recurrent strokes.” Despite the numbers, however, there are many ways to prevent strokes from happening. Here are a few recommendations from the CDC to lower your risk for stroke: Eat a healthy diet. Choosing healthful meal
Read More 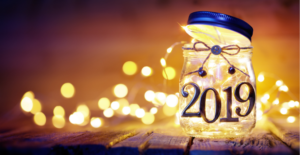