In the short timeframe of only three days, Apple sold more than 5 million units of its new iPhone 5. And there are certainly many more predicted to fly off the shelves in the upcoming days and weeks.
So who are these 5 million consumers and better yet, who’s still standing in line to get one? Chances are, many of those individuals don’t fall in the 65 years old and older range.
In fact, in an article published by CNN Money, only 2 percent of iPhone users are over 65. But the older population shouldn’t feel left out. There are a quite a few mobile phones on the market that were created specifically with them in mind.
In an article published on the Huffington Post, Jim Miller, NBC Today contributor and creator of SavvySenior.org, took a look at some of the best options on the market for senior-friendly cell phones.
“While smartphones garner most of the attention in the mobile phone world today, there are still a number of companies that offer simplified cell phones that are specifically designed for boomers and seniors who want one for the primary purpose of making and receiving calls,” he wrote.
Here are Miller’s picks in no particular order:
The Jitterbug: This flip phone, which just so happens to be Miller’s top pick, features a big numerical keypad that lights up. “It also has extra-large text on a brightly colored screen and ‘YES’ and ‘NO’ buttons to access the phone’s options versus confusing icons,” he explains.
“It also offers voice dialing, an ear cushion that cups around your ear to improve sound quality, a powerful speakerphone, a 24-hour Jitterbug operator who can place calls for you and optional features like voicemail, texting, medication reminders, 5Star personal security service, a live nurse service to answer your health questions any time, night or day, and more,” Miller continues.
The Doro PhoneEasy 410: Also a flip phone with a large keypad, bright easy-to-read color display screen and huge text, this option has a one-touch emergency SOS button on the back of the phone to contact help when needed. And it’s affordable to boot. It’s only $25, and service plans start at $10 per month.
Just 5 and Clarity Pal: Like the rest, these two have big buttons and amplified sound. They also boast a “talk back” feature, which reads the numbers aloud as they are being dialed.
In the past, some seniors might not have thought that they needed a cell phone in favor of a traditional land line, but today, it might be worth the consideration. The benefits of portability outweigh the apparent hassle that comes with learning a new phone, and especially so, considering there are so many phones on the market that have been designed just for them. 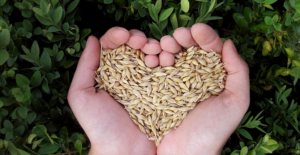 Tips to Keep Your Heart Healthy 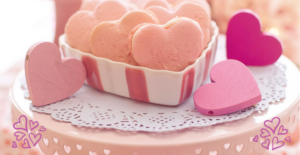