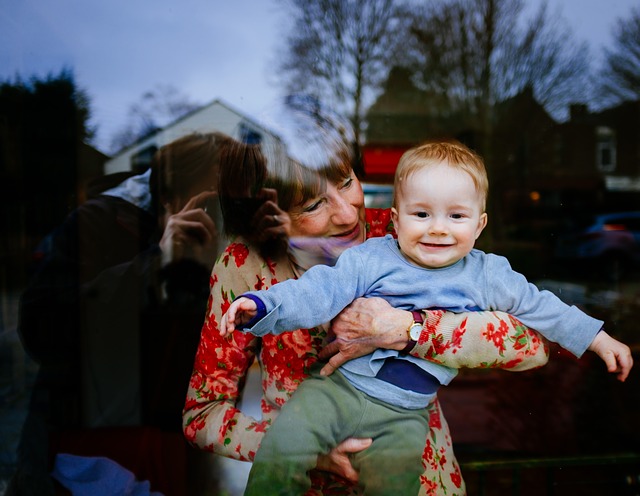 The Benefit of Seniors and Interaction with Young Children

Senior citizens run a high risk of loneliness and isolation due to a lack of social interaction – especially with younger generations. But that’s where the Intergenerational Learning Center at the Mount (ILCM) is trying to change things: they recently put a preschool in their nursing home. And it changed everyone’s lives.
Studies have shown that 43% of older adults experience social isolation, which is closely correlated with loneliness and depression as well as mental and physical decline. And many elderly become lonely when they move into nursing homes, or lose a loved one and remain alone in their own home for extended periods of time.
As a top daycare facility, the ILCM’s skilled and caring staff provides a welcoming environment where children are encouraged in active learning pursuits, through both structured and unstructured activities. And the interaction with the elderly has an incalculable impact. Children at the center have to the opportunity to learn from their elders, to accept people with disabilities, and to receive and give unconditional love and attention.
And of course, seniors benefit too. Frequent interaction with children throughout their day helps alleviate symptoms of loneliness and isolation. It also encourages them to engage in physical activity by playing with the children, enjoying the spirit and joy that children bring to their home environment. Participants gain a renewed sense of self-worth, an opportunity to transfer knowledge, and the ability to serve as role models.


In fact, the impact was so impressive that filmmaker Evan Briggs set out to document it in a film called Present Perfect. As she watched what was happening at the center she was amazed to see how, despite the difference in their years, the children’s and elderly’s “entire sense of time seems more closely aligned” than with the “busy, frazzled, perpetually multi-tasking adults.”
As she writes on her Kickstarter page, “Over the course of the months I was filming at the Mount, I observed many incredible exchanges between residents and kids. Some were sweet, some awkward, some funny – all of them poignant and heartbreakingly real. One experience in particular occurred during a morning visit between the toddler classroom and several residents who had gathered to sing songs together. Everyone had just finished a rendition of ‘You Are My Sunshine’ when one of the residents began to share a memory he had of singing that very same song late at night on a bus full of soldiers while serving overseas during World War II.”
According to the U.S. Census Bureau 11 million, or 28% of people aged 65 and older, lived alone in 2010. It increases the risk of mortality and leads to cognitive decline and dementia. LGBT seniors are twice as likely to live alone. Illnesses and conditions such as chronic lung disease, arthritis, high blood pressure, impaired mobility, and depression are strongly associated with social isolation.
Simply telling seniors to engage in more social activities is not enough. The Intergenerational Learning Center has hit upon an innovative, touching, ingenious way to fix that.
Are you or your loved ones feeling lonely at home? Let Freedom Home Care help, with our wide range of in-home care services.

November Hero of The Month

What are the Signs of Lung Cancer?