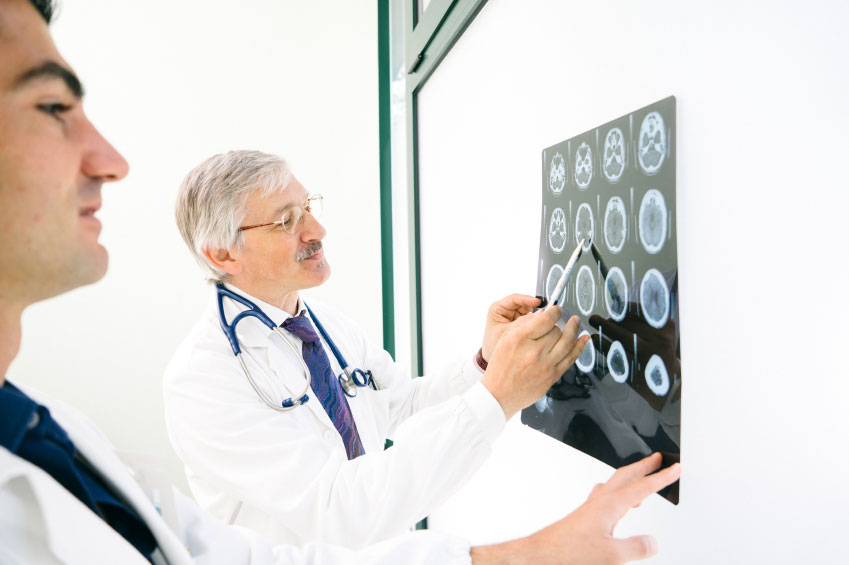 Scientists at Southampton University have discovered a link between inhibiting brain inflammation and slowing the onset of Alzheimer’s in lab mice. The discovery could pave the way for developments of new treatments and preventative measures against the disease. The researchers have already been able to prevent some of the memory and behavioral problems associated with Alzheimer’s by blocking a particular receptor in the brains of the mice.
“These findings are as close to evidence as we can get to show that this particular pathway is active in the development of Alzheimer’s disease,” lead researcher Diego Gomez-Nicola explained. “The next step is to work closely with our partners in industry to find a safe and suitable drug that can be tested to see if it works in humans.”
Of course, the link between brain inflammation and Alzheimer’s has been known to scientists and physicians for quite a while. But now there’s a growing body of evidence to suggest that this inflammation could be the true cause of the disorder, rather than a symptom or the result of it. Theoretically, that means if the inflammation can be halted, so can the progress of the disease – or at least some of the effects of it.
The Southampton researchers first compared tissue samples from healthy human brains to tissue samples from people suffering with Alzheimer’s. They noticed an increase in the number of immune cells known as microglia in the Alzheimer’s-affected brains, with the severity of the disease correlating to the activity of the molecules regulating the numbers of microglia.
Taking note of these findings, the researchers then looked for microglia in the brains of mice that had been bred to develop features of Alzheimer’s disease. By blocking CSF1R, a receptor responsible for regulating immune cells in the brain, microglia numbers stayed the same. Even more exciting – the inhibitor actually prevented the loss of communication points between the nerve cells.
Temper your excitement though, because it’s a big jump from getting positive results in lab mice and actually testing these procedures in human beings. But the findings open up a promising new lead for the researchers and scientists who have dedicated their lives to finding a cure for Alzheimer’s.
“While this basic scientific research provides strong evidence, the challenge will now be to develop medicines for people with dementia,” Mark Dallas, a neuroscientist at Reading University who reviewed the findings, told The Guardian. “Too often, this has been a stumbling block in turning observations in the laboratory into a workable therapy. Excitingly, it does however highlight new avenues for researchers to exploit and strengthens the case for targeting other cell types within the brain in the fight against Alzheimer’s.”
Progress towards finding a cure for Alzheimer’s is slow but steady. While we wait for the next big break in medical advancement, Freedom Home Care is here to help you give your loved one the best care possible during their fight against the disease. Contact us today to find out how our qualified care specialists can help.

How Yoga Can Benefit Seniors