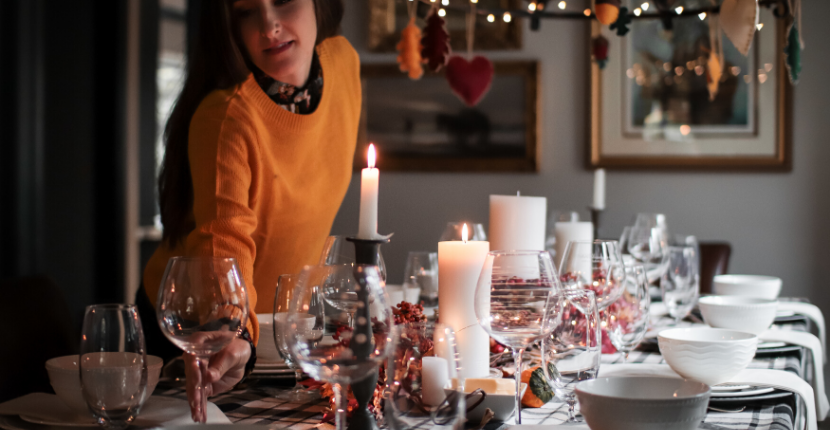 How to Prepare Your Home for the Holidays

Happy holiday season from Freedom Home Care! It’s time for that run of food-related events that takes us from Thanksgiving on through to New Years Day. It’s time for candied yams, jingle bells, and gobble-gobble. If you are expecting grandchildren to visit, or maybe just a few adults, there are some things you can do to get your home in order.   Freedom Home Care Highland Park reminds you that November is also American Diabetes Month. This is a good reminder of the special food preparation we can do for some of our guests. The holidays are especially difficult for
Read More

5 Tips for Holiday Eating With Diabetes

Freedom Home Care Lake Forest would like to remind you that November is also American Diabetes Month. With that in mind, here are some tips on preparing food for the holidays for people with diabetes. The holidays can be a tough time for diabetics. There are many sweet, starchy foods in abundance and it’s generally a time of festive binge eating. By preparing ahead of time, both hosts and guests can enjoy eating in sensible and healthy ways. Here is a guide for how to do that. Have a Food Plan The success of any event depends on a good
Read More

November is Alzheimer’s Awareness Month, a time set aside to honor the millions of men and women who live with Alzheimer’s. As five million Americans live with the brain disorder, it’s imperative that time is spent finding a cure for Alzheimer’s, while working toward its treatment and prevention. Alzheimer’s Awareness Month helps to bring awareness to this disorder while offering ongoing support to those who are affected by the disease. What is Alzheimer’s? Alzheimer’s is a progressive, and unfortunately irreversible, brain disorder that slowly erodes a person’s memory, thinking, and mental processing abilities. Even the most seemingly mundane and simplest
Read More

November is National Hospice and Palliative Care Month and Freedom Home Care is working to help raise understanding and awareness. If you have a loved one who is in need of hospice care, we are your home care agency. We provide assistance and the support you need and deserve. Understanding Hospice Care Hospice is a specific form of care for patients who are terminally ill. Once medical treatments are no longer curative, care is tailored and designed to give that patient comfort and the highest quality of life possible, rather than a cure. The ultimate goal of hospice care
Read More

Fall, Halloween, and Thanksgiving decorations are popping up everywhere, and with many fall activities taking place, it is a great way to get excited for fall by decorating your home! We here at Freedom Home Care Highland Park love to get ready for each season by decorating. Below are some tips and ideas we’d like to share with you.   You can find affordable, and cute decorations at Homegoods and Target to add spice to small places in your home. Dollar stores and dollar sections in stores are jackpots when it comes to affordable holiday décor that you can reuse
Read More

November 15, 2019 | Comments Off on Fun Fall Activities for Seniors

After a long, hot summer it sure does feel nice to open those windows for a fresh fall breeze. The change of leaves also offers a lot of fun activities for seniors. Check out these 5 fall things that you and your loved ones can do from us at Freedom healthcare!   Fall Coloring Books Everyone loves a good coloring book no matter what age you are. You can color as a group or a solo activity and there are many health benefits to coloring. Coloring relaxes you and helps to avoid stress. Color pumpkins, scarecrows, apples and more! They
Read More

How to Reduce Caregiver Stress This Holiday Season

November 15, 2019 | Comments Off on How to Reduce Caregiver Stress This Holiday Season

The holidays are always a nice time, but it is a lot of work to prepare for. For some family caregivers, there are even more things to do for the holidays and it can be really stressful. Follow these tips to reduce stress this holiday season from us at Freedom healthcare.   Focus on What is the Most Meaningful It is hard to create the perfect holiday experience, don’t stress about it. You have to remember the goal isn’t to have a perfect holiday but to experience pure joy and quality time with loved ones. Try to prioritize holiday traditions
Read More

Fall Preventions and Precautions to Take

November 15, 2019 | Comments Off on Fall Preventions and Precautions to Take

The start of colder weather makes it a more dangerous time for seniors to get around. In order to help you or a loved one be safe this winter, we have put together some tips and facts on fall prevention. Check them out here at Freedom healthcare.   While it is common for people of all ages to fall, seniors are the ones at the most risk. The Centers for Disease Control and Prevention says that 1 in 4 seniors fall at least once a year. If you are over the age of 75, you are 5 times more likely
Read More

August Heroes of The Month

Respite Care and How It Can Help You